This is a hardware design project I did for 2019 Harvestworks Artist-in-Residence, Kalun Leung, for his ‘Mubone Splunger’ project. The objective of this project was to design a new performance system in which the sonic possibilities of a trombone is manipulated or augmented through physical and electronic means. The final prototype consists of a standalone piece of hardware that works as an electronic performance device or preparation, similar to a mute, which can be used in conjunction with a trombone as part of the instrument.

There is the sound manipulation component of the circuit which is based on feedback generation while manipulating it within the bell of the trombone. There is a dynamic microphone element, which feeds the main sound manipulation circuit, which is basically a delay and feedback line, with a very short delay time, to create a kind of ‘spectral feedback’ for lack of a better term. Then, there is a small power amplifier which amplifies the sound manipulation component, and then is output to an 8-ohm speaker. The speaker and speaker enclosure is designed so that the opening of the speaker, and speaker itself, can be manipulated with the hand to alter the sound being generated. There are various points on the circuit that are serviceable with trimpots and pin connectors to allow for calibration and customization at various points. 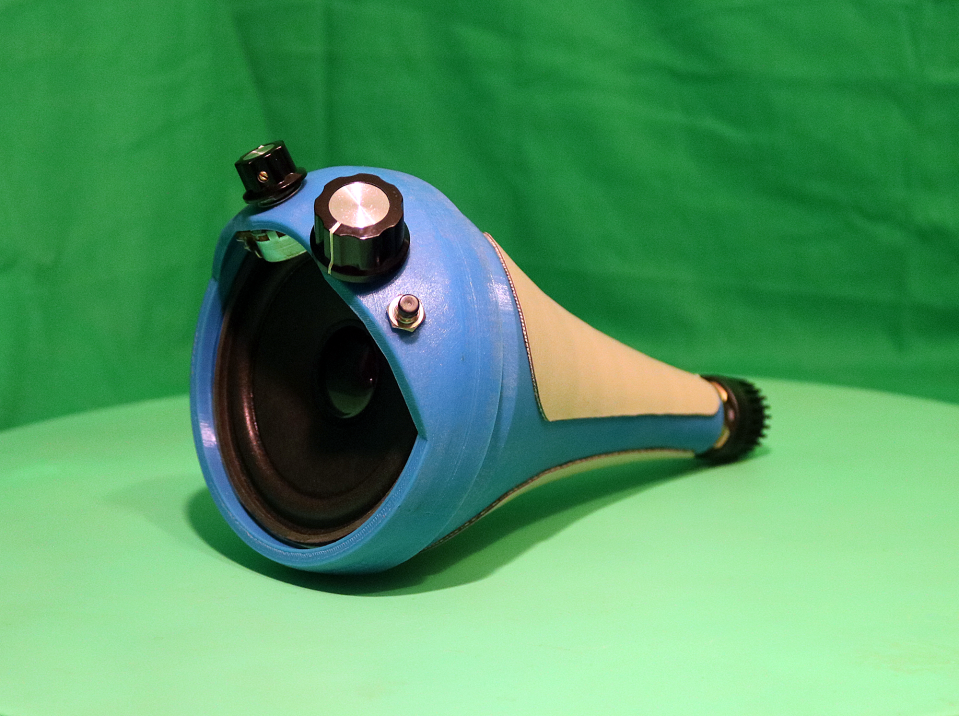