Frank Spigner is a composer, artist, and engineer who has been actively creating an evolving array of works in the form of music and sound art, installation, sculpture, and electronic media at the conservatory and gallery level, at music and art festivals, and at various concerts and exhibitions throughout the US. His work has appeared at such venues as The Stone, Pioneer Works Center for Art and Innovation, Experimental Intermedia Foundation, Judith Charles Gallery, Issue Project Room, BronxArtSpace, Basilica Hudson, Silent Barn, LeRoy Neiman Gallery, and Sweet Thunder Electro-Acoustic Music Festival among others. His performances include numerous collaborations such as performing the works of John Cage at the National Academy Museum & School with composer-performer and Pulitzer Prize recipient, Du Yun, performing the works of Grammy award winning composer, Joel Thome, and working with sound art pioneer Liz Phillips on several installations and multimedia works. He has given a number of lectures and workshops at the university level and has been featured in publications such as Composers Circle, SubMag, PAPER Magazine, and The Creative Quarterly Journal of Art & Design which named him one of the “100 Best of 2015” in the category of Fine Arts.

In addition to his music and sound work, much of Frank’s current work takes on an intermedia approach, often involving the melding of several different mediums such as interactive audio-visual installations, sonic and kinetic sculpture, synthesizer and audio hardware design, performance, and socially mediated public works. He has also served a clientele of musicians, studio artists, and arts organizations as an audio engineer, electronics designer, fabricator, and creative technologist.

Frank studied Music Composition at the Conservatory of Music at SUNY Purchase, holds an MFA in Sound Arts from the Columbia University Computer Music Center, and currently works as a fulltime Recorded Music Technician at the Clive Davis Institute of Recorded Music at NYU. 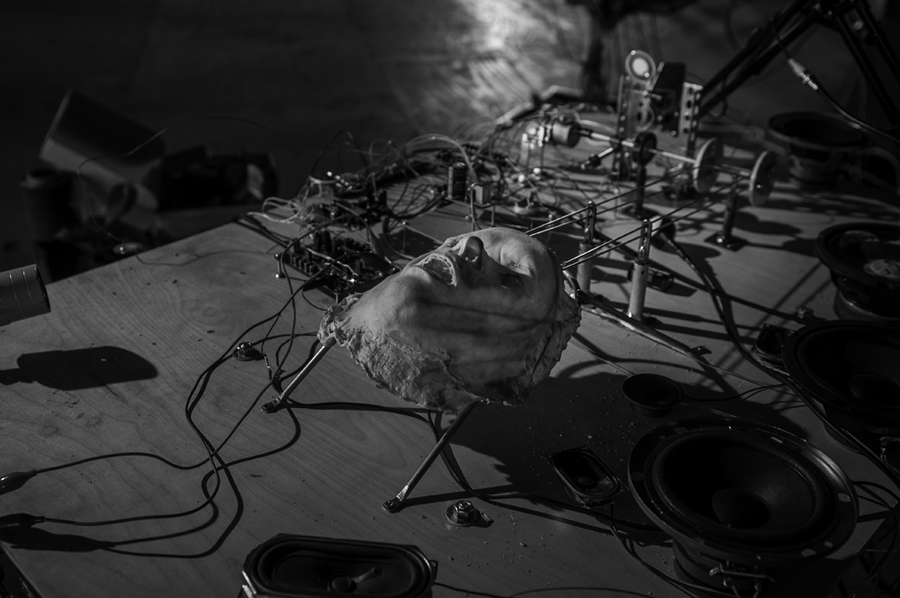 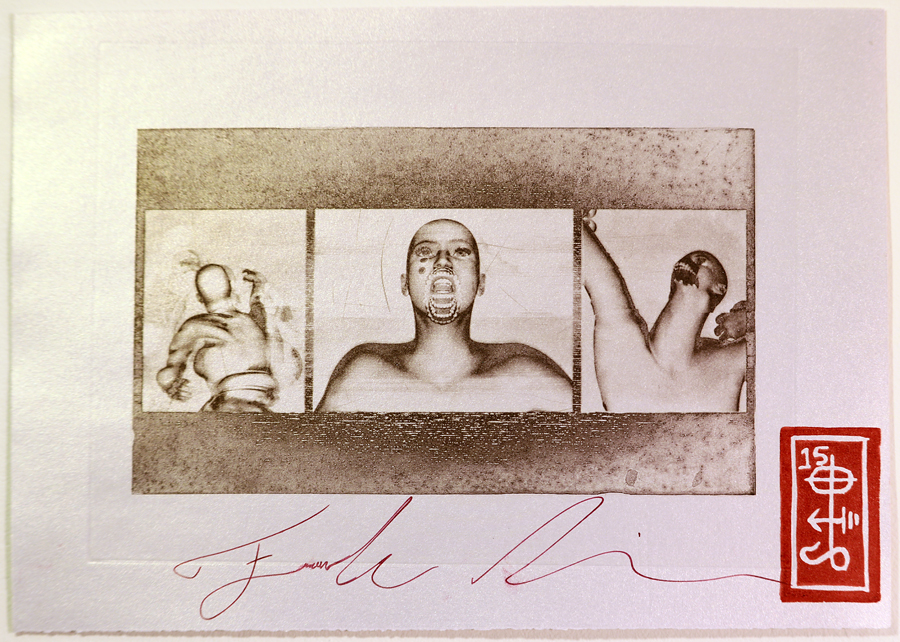 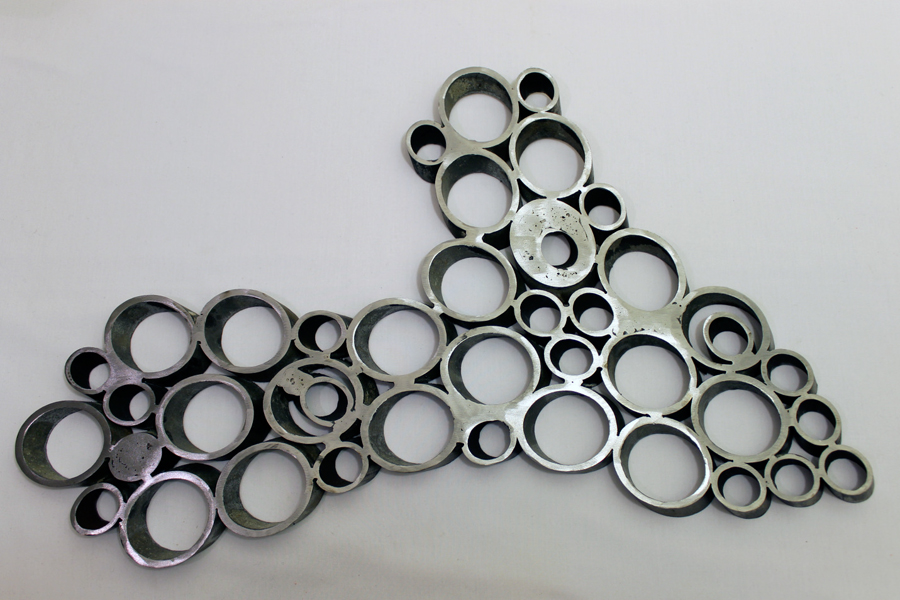 Working with sound artist Liz Phillips on an installation

At work in the metalshop

Performing “Mandala of Sevens” by Joel Thome on August 11, 2012 at Rosendale Theatre with Weston Minissali 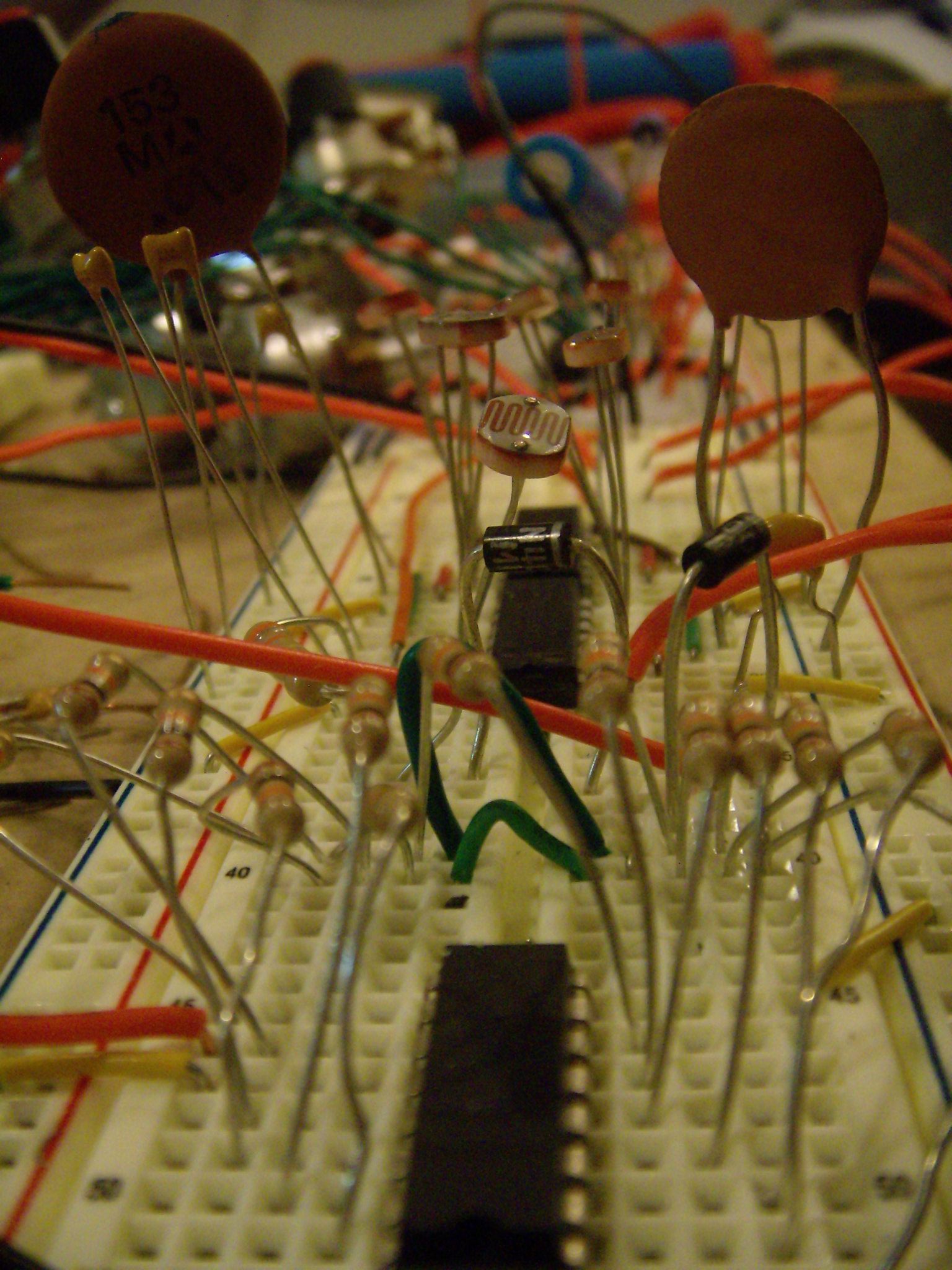 Prototyping a circuit for an electronic instrument

Working on a patch on a Serge synthesizer 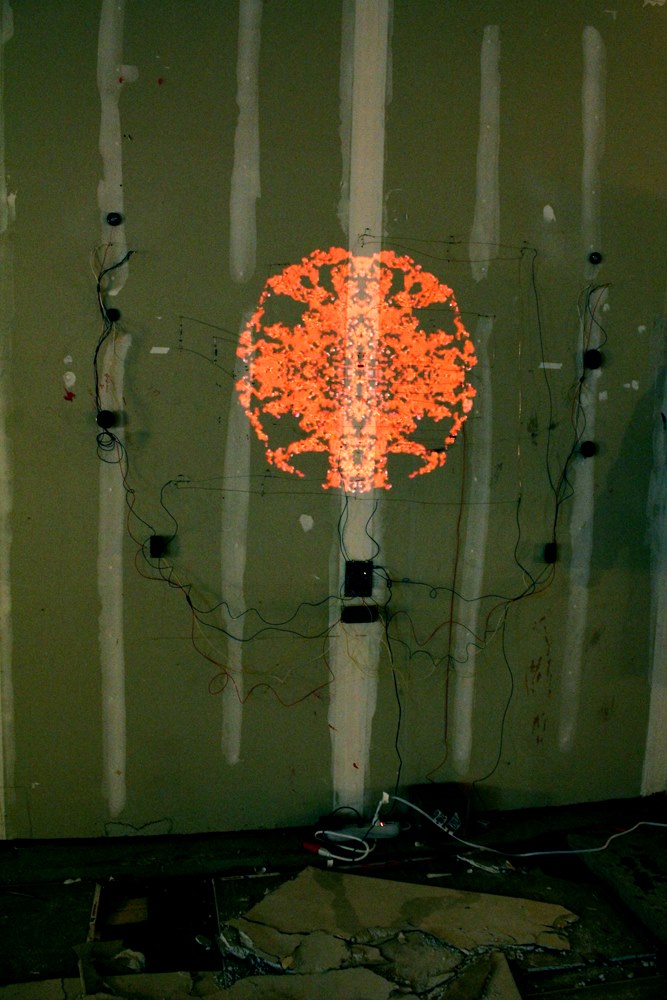 Experimenting with cellular automata for use in computer generated art